Madrid hosts the European Final of ‘League of Legends’

FNATIC and SCHALKE 04 will play the final in the biggest event of League of Legends Championship Europe.

?Spain has never hosted such a big eSports event like this.

??The event will take place at the Palace Vistalegre Arena on September 8 and 9.

?The winner will be one of the European teams qualified for the World Cup.

Legends Championship Series Europe is the maximum professional competition of ‘League of Legends’, the popular video game of Riot Games. It involves the ten best teams who fight to be the European champions and get a ticket to the 2018 World Championship. 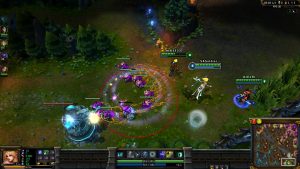 Each month more than 100 million people play ‘League of Legends’, whose world championships are held in large stadiums and are followed by millions of people.

FC Schalke 04 became the first finalist of the summer split at LCS EU. The German team faced Team Vitality, ensuring the victory in the best of five with a 3-1 that no one expected.

HERE TO WATCH THE FIRST SEMIFINAL:

On the other hand, Fnatic will again try to conquer Madrid after beating Misfits in the second semi-final of the playoffs with a convincing 3-1. The star of the game was again Caps, he was the key of the victory and achieved the MPV of the match.

Therefore, Fnatic will face FC Schalke 04 revalidating the title of European champion, all bets indicate that Fnatic will win the final.

HERE TO WATCH THE SECOND SEMIFINAL:

Everything can happen. In a few days we will see what team becomes the champions of the EU LCS.

Congratulations to Fnatic and Schalke 04 and all the best for the final.

The Passion of  Videogames

The Prowess of Videogames