Alejandro Valverde wins the WORLD in an epic sprint

? Valverde outlasted the other favourites after triumphing in a thrilling final to the elite men’s road race in Innsbruck.

⛰Spectacular riding the dreaded 28% gradients of Höttinger Höll and bested his strongest rivals in a four-up sprint at the line.

?L.P OPINION: His quality has never been in question and this 2018 has been a remarkable year for him claiming a host of wins; including victories in the Volta a Catalunya, Abu Dhabi Tour and Volta la Comunitat Valenciana. He has gone through bad times in his career but, for this insatiable rider the bad times has never been an excuse to win.

Alejandro Valverde victory came after a brutal battle on the final climb, as Romain Bardet (FRA), Michael Woods (CAN) and Tom Dumoulin (NED).

This is the victory I have been longing for.

THE TEARS OF A TRUE PROWESS CHAMPION:

That was way harder than expected. It was just raced full gas from the start, even the break took long to go for a World Championships, and then the pace was just really hard for every lap on the climb.

1. 15 months ago, in the Tour de France, Valverde was lying on the wet asphalt of Düsseldorf. He had a huge slit in his shin, the knee split in two and another terrible wound in the anal area. He looked at his left leg, could not stand up and immediately thought his career as a cyclist “was over”.
Miraculously and as a true champion, with the character of Human Prowess which is made by the same blood of the Hero and God, Hercules. And it is simple to understand: we do not give up! He came back stronger than ever with a brutal trainings.

2. Another hard time for this Spaniard beast was given a two-year suspension the following year for his use of banned blood-booster EPO. The Operation Puerto scandal.

Alejandro Valverde’s career is one of the most impressive in modern cycling. Among others, he has won four Lieges, five Walloon Flechas, three Voltas a Catalunya, one Vuelta a España (and five podiums), a third in the Tour de France and one in the Giro d’Italia, plus two titles as the best cyclist in the world in the UCI World Tour (2014 and 2015). He is an absolutely legend.

THE MOST EPIC MOMENTS OF HIS BEST ACHIEVEMENT SO FAR: 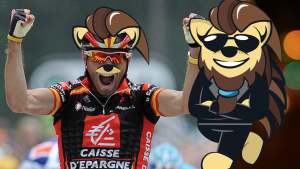 The Passion of Cycling

The Prowess of Cycling

WHAT IS YOUR PROWESS? https://letsprowess.com/profile/register and Let’s Prowess.

Conor McGregor vs Khabib Nurmagomedov, ALL YOU NEED TO KNOW