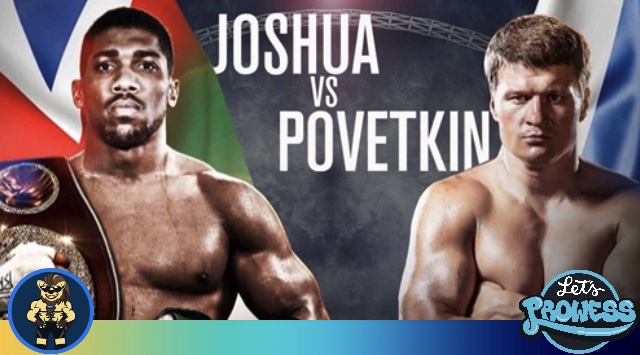 Anthony Joshua delivered a brutal finish in the seventh round to stop Alexander Povetkin at Wembley Stadium.

The British boxer was able to put Alexander Povetkin away with his right hand landed on the chin of Povetkin.

Joshua didn’t start well, Povetkin won most of the first rounds. After the 6th round, Povetkin started to feel tired and Anthony Joshua showed how devastating his Prowess power is to finish him in the seventh round.

Anthony Joshua has successfully defended his IBF, WBA and WBO heavyweight titles by beating Alexander Povetkin at Wembley Stadium. It had been a closely-fought with Povetkin, 39, having started well and leaving Joshua with a bloodied nose with his final punch of the first round.

The 28-year-old gave Povetkin a nasty cut above the left eye in the fourth round and after that, AJ showed more aggressiveness and encouregement, and two fierces punches on Povetkin in the seventh round, a combination right-left to put Povetkin down.

Povetkin is a very tough challenger, he proved that with good left hooks and counter punches. But, it is all about instinct.

It was a risky fight for Anthony Joshua.

I did well the earlier rounds and I could beat him.

Anthony Joshua spoke after his 7th round victory over Alexander Povetkin and he said his number 1 choice for his next fight is Deontay Wilder.

Eddie Hearn says a potential heavyweight unification fight between Anthony Joshua and Deontay Wilder could be one of the biggest fights in boxing history.

THE HIGHLIGHTS OF ANTHONY JOSHUA VS POVETKIN :