Plastic pollution facts are that we are all surrounded by plastic products in everyday life.

The effects of plastic pollution on environment is causing severe injuries in humans and millions of dead animals.

12.7 million tonnes is the amount reached of plastic in the oceans every year. More than 1 million seabirds and 100,000 marine animals die. Almost 100% of baby sea turtles have plastic in their stomachs and one in three fish caught for human consumption contains plastic.

Big issue with the plastic bags pollution, they end up as deadly waste in landfills and the oceans. China and Indonesia are the top sources of plastic bags clogging up global sea lanes. Together, both nations account for more than a third of global plastic.

Human activity is the biggest plastic pollution causes and littering is one of the biggest ways that plastic ends up in the oceans. The world is efficient in manufacturing plastics but totally inefficient when the plastics need to be discarded. In 2018, China announced it would no longer buy most plastic waste from countries like the United States because most of the recyclables were contaminated.

Hello everyone, before explaining a little more about plastic pollution and answer possible questions that you may have in your mind, surely you have already heard about The Greenest Contest.

For those who are starting to follow Let’s Prowess, The Greenest contest is a great contest created by the same Let’s Prowess. You can participate by sharing your passion for nature through creative ideas, solutions, interesting information, experiences as an environmental activist, or any aimed actions in order to take care of our planet.

Here I add the 3rd contestant which I loved

Plastic pollution is the accumulation in the environment of synthetic plastic products to the point where they create problems for wildlife and their habitats as well as for human populations.

Negligence is the main plastic pollution cause. In fact, it is estimated that 80% of marine litter comes from land. This pollution comes mainly from household waste, which is poorly recycled, dumped in landfills or abandoned in nature.

We are producing over 380 million tons of plastic every year, and some reports indicate that up to 50% of that is for single-use purposes or utilised for just a few moments, but on the planet for at least several hundred years.

Considering this significant impact of plastic on our planet, we need to understand the importance of its management.

How can we stop plastic pollution? The most that we can do, as individuals, is to ensure that we do not pollute the environment.

Avoid single-use plastics at all costs, it does not take much for one to carry its own cloth/jute carry bag instead of mindlessly using plastic bags. You can also carry a water bottle instead of using plastic bottles. Recycling and reusing should be done in places where it is possible.

These are just some tips that we can implement in our lives. In the end, we have to work towards this problem both as individuals and as a community.

Why plastic is bad for humans? or Why is plastic bad for the environment? Just mentioning a few plastic pollution consequences you get the answers,

The problem with plastic is that most of it is not biodegradable. It does not rot, like paper or food, so instead it can hang around in the environment for hundreds of years. Plastic debris simply breaks down into ever-smaller particles, known as microplastics.

These broken-down plastic particles get swept by rain into lakes, rivers, sewers, etc. Eventually, the microplastics will make it into the oceans (or another large body of water).

How are humans consuming microplastics? Here some situations,

We have to understand that plastic is almost inescapable in our daily lives. It is used to make everything from food packaging to toiletries, clothing, furniture, computers and cars.

Consequently, I write a few more ways we can adapt to reduce plastic,

As I mentioned before, everyone can do something to reduce the amount of plastic that enters the oceans because we are all together in this issue, and millions of people worldwide are already taking action to reduce their plastic use. 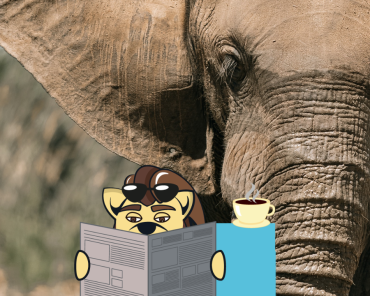