CATAN:The most successful board game of all time

WHY CATAN IS SO SUCCESSFUL?

?Klaus Teuber is the creator of “Catan”

??This German had to focus on his Prowess to overcome the bankruptcy of his dentist office.

?Catan has sold more than 20 million units and triumphs between the competition of today’s videogames.

Teuber patented in 1995, the settlers of Catan, a strategy game that has been increasing quietly in followers and today accumulates more than 20 million units sold worldwide. 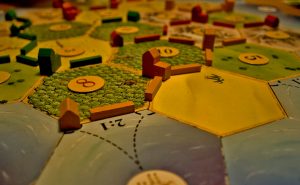 WHAT HAPPENED? The story behind:

At the beginning of the 90s, Klaus Teuber was ruined due to the family business – a modest dentist office in Darmstadt, a few kilometers from Frankfurt.

The bank was going to seize the house and my father had health problems, the medical insurance of that time did not cover the treatments.

We did not have enough money because the dental prostheses that came from outside Germany were cheaper than the ones we were doing here.

The German was unable to face the problems and the only escape to ignore their problems was to lock himself in his room and do his hobby, design board games. 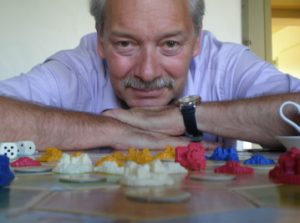 He created a first game called Barbarossa, it was about magicians who faced each other creating riddles.

Teuber said in an interview,

It was my refuge. I had read a novel by Patricia McKillip, Master of enigmas.

A friend told me to contact a company, they published my board game, and from that point I started to develop my passion on this.

The secret of the Catan’s success is a combination between the popular card game: Magic, and video games of conquest with the difference that you do not compete to win, because all you have to do is collaborate and make alliances to win.

The game is about exploring an island without colonising and everyone has the opportunity to become what they want.

But the most important thing is that the problems that emerge from that competition can be solved in a non-violent way. The collaboration between players is important and occurs frequently and leads to win the situations.

Congratulations to Klaus Teuber for his courage and for being successful in his Prowess.

The Passion of Board Game

The Prowess of Board Game